Nan is one of the few female jazz musicians playing the old style jazz Music of New Orleans. Born in Sweden and moved to Copenhagen, Denmark, after meeting Kurt Jensen. From the beginning musicians like George Lewis, Kid Thomas Valentine and Captain John Handy were her idols – and are to this day! “Slow Drag” Pavageau, Pops Foster, Chester Zardis and Terry Knight are among her davourite bass players. Her solid, swinging slap bass helps forming a great rythm section. When the band performs as a parade band she “climbs into” the sousaphone, the very big horn – which is her second instrument. 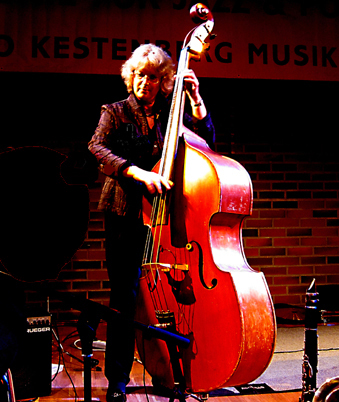 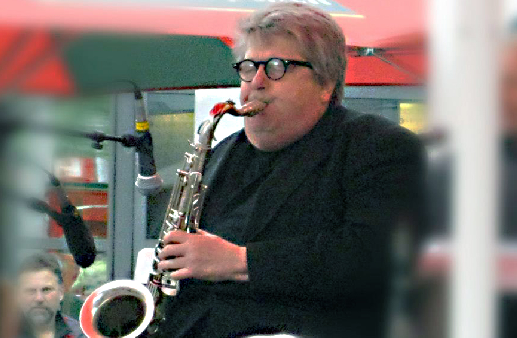 Kurt started the band and was the band leader for many years. Unfortunately he is no longer among us – sadly he passed away in 2017. But luckily we can still hear his playing – and a few vocals – on the CD’s. He explained his fascination with the music when he first met with it like this:   “My introduction to jazz was in my schooldays when I heard the bands of Dutch Swing College Band and Chris Barber. I decided to take up playing the clarinet. One day I borrowed a record from a friend. I couldn’t believe the sound I heard – gentle, relaxed, a great pulsating drive with the whole band working harmoniously together – it was “George Lewis’ Ragtime Band” playing “Just A Closer Walk With Thee”, the version where they sing: “walking with Jesus…” from that moment on I was really sold!”

Nina completes the rhythm section on the tenor banjo. She is the youngest member of the band and is one of it’s main attractions. Being the daughter of Kurt and Nan she heard the jazz music before she was born. As a child she played the guitar but it didn’t suit her so she switched to playing the banjo – from the first second she loved the sound of it. Nina not only plays a fine banjo with an accurate and excellent drive, she is also a very good vocalist and an extraordinary whistler. A magical combination! 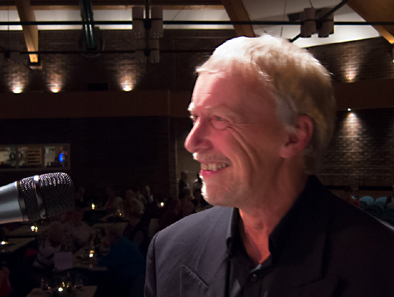 Erling Rasmussen has played the jazz his whole life. He started as a young man on the trumpet and later on he took up the piano, and also accordeon, violin and banjo. He is a very competent musician, playing his instruments with a drive and ethusiasm that make everybody else around him swing. Jazz is not the only music that takes Erling’s time. He also plays folk music on accordeon and fiddle. Erling has played with many bands during the years, today he is also a member of “New Orleans Delight”.

From time to time Henrik Skora joins the band on the piano.Some years ago Henrik made a switch of career: from being a succesful business man within the audio branch to make a living as a full time painter. This also gives him more time to play jazz which he has done since his youth.  His repertoire is huge. He’s a listener, which is appreciated by his fellow musicians and which makes exciting ensemble playing – from the old New Orleans style, ragtime, evergreens and swing – possible. His strength lies within the old jazz and he’s a master at it. 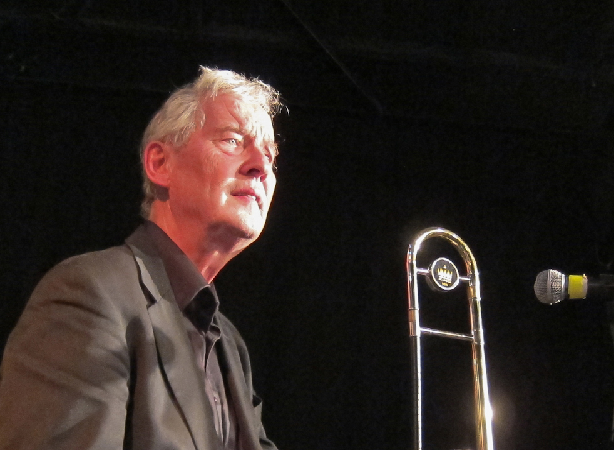 Hans Ingelstam joins the band from time to time as a soloist. he has played jazz his whole life. As a young man in Stockholm he was interested in the old New Orleans style but he has tried many different styles of jazz since. He is an all-round musician, mastering the “soft” tone of his instrument but certainly also a raw rhythm. He was a member of “Jazzin’ Jacks” from Sweden for many years and plays today with Norbert Susemihls band or with his son Björn Ingelstam on the trumpet – so here you have yet another jazz family where the jazz is perfomed across the generations –    and he plays with many other bands.

Hans Kahlen has played the trombne since he was 8 years old and has among others an education from the Academy of music at Esbjerg in Denmark. He plays all kinds of jazz, from New Orleans, Westcoast, Mainstream to Swing. One of his idols is Bob Brookmeyer. He has played with several big bands, with Danish violinist Finn Ziegler, with Kansas City Stompers  and plays today among others with Lorentzens 6-Pack Jazzband and Jensens. 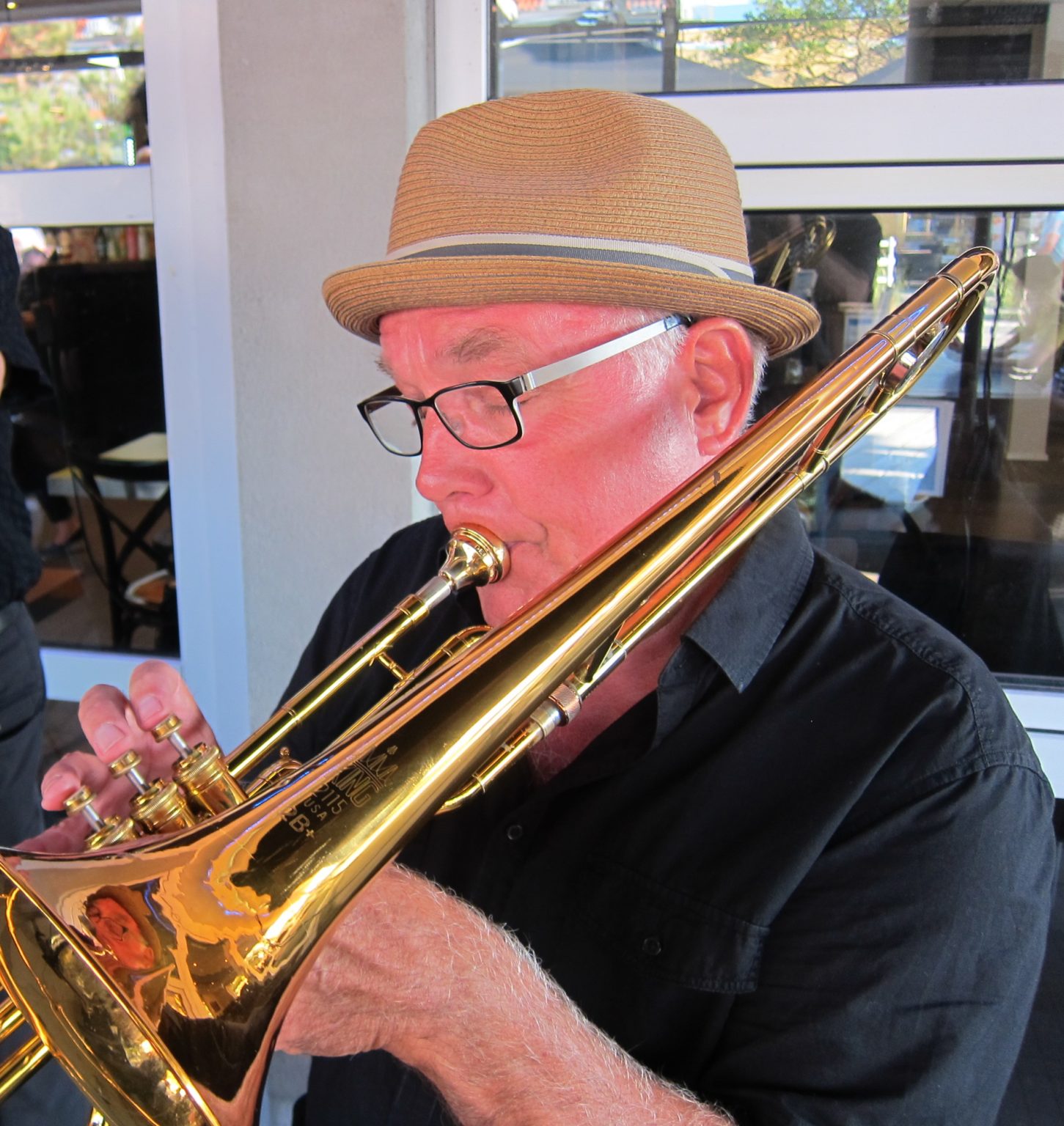